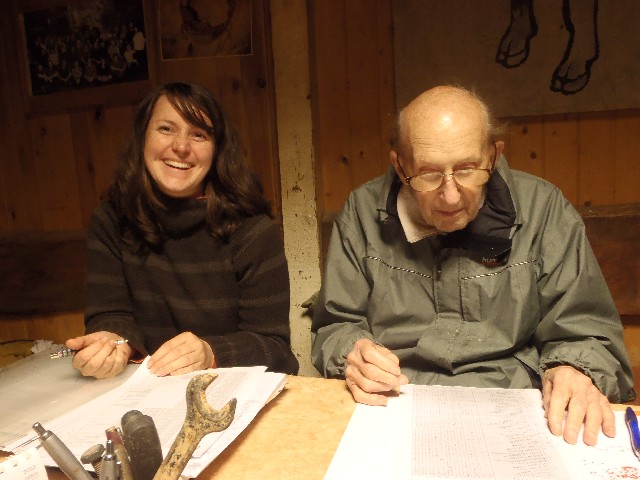 HACIER helped to publish a result from Dr. Ložek’s collection of (sub) fossil snails, which result is of high importance for the HACIER.

The bog lime (alm), basin tufa and calcareous fen peat complex is situated in close northeast vicinity of the village of Spišská Teplica near the town of Poprad in North Slovakia. It occurs at elevation 695 m. Its lower part (layers 11–5, Fig. 1) is dominated by bog lime (alm) strata with fen peat intercalations, the upper part (layers 4–2) by granular basin tufa capped by a black humic rendsina topsoil (layer 1). The whole sequence includes a rich molluscan fauna dominated by aquatic and marshland species (ecogroups 10 and 9) with admixture of mesic catholic elements (ecogroup 7). Woodland indicators are nearly absent (ecogroups 1 and 2), species of xeric open habitats and open habitats in general (ecogroups 4 and 5) are absent throughout. The main body of species survived the Last Glacial in Central Europe, however, no index snail of the Last Glacial maximum, e. g., Vallonia tenuilabris, has been recorded. Of prime importance are the high amounts of Vertigo geyeri and particularly of Vertigo genesii, that is characteristic of the Lateglacial and earliest Holocene. Such molluscan community reflects an open marshland with numerous shallow pools. The age of the molluscan succession corresponds to the Lateglacial and Early Holocene. In the main, no closed canopy forest habitat has been developed here during the whole Holocene period probably due to a large extent of this calcareous fen peat site (approximately 5 ha). The area of local mineral-springs here was human populated since the late Bronze Age. The deposit has been probably drained since prehistoric times.