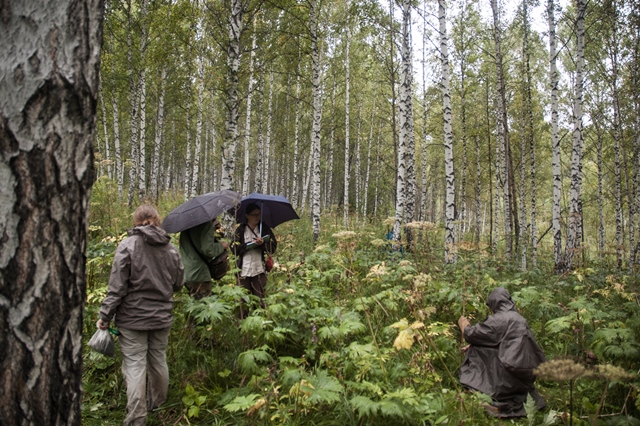 HACIER discovered that some ecological rules were altered by people 5,800 years ago.

Aim Projections of human impact on the environment and biodiversity patterns are crucial if we are to prevent their destruction. Such projections usually involve the assumption that the same human activities always affect biodiversity in the same way, either in geographically distant areas within the same time-scale or in the same areas in different periods. In this paper, plant and snail fossils from central Europe that cover the last 12,000 years provide evidence against this assumption. Location Central Europe. Methods We examined fossil data on central European plants and snails and extracted time-series of (1) local species richness (alpha diversity) at a scale of approximately 300 m 3 300 m and decays of (2) the Jaccard index and (3) Simpson’s beta with increasing distance (up to approximately 400 km) through time. Results We show that two vital biodiversity patterns follow neither oxygenisotope nor borehole temperature proxies, but instead vary between archaeologically known periods, with the most noticeable and irreversible breaks (1) when arable agriculture was introduced into central Europe, (2) when the Roman Empire collapsed, and (3) during the event known as the 12th-century colonization in central Europe. The patterns computed from data across time sometimes contradicted the patterns computed across space. Main conclusions We therefore infer that people can, and sometimes have, contributed to temporal changes in ecological rules that are seemingly general across space. Our findings indicate that the changes in ecological rules are so substantial that efforts to project future biodiversity based on space-for-time substitution might fail, unless we gain knowledge about how these general rules are altered.

Up-scaling species richness from local to continental scales is an unsolved problem of macroecology. Macroecologists hope that proper up-scaling can uncover the hidden rules that underlie spatial patterns in species richness, but a machinery to up-scale species richness also has a purely practical side at the scales and for the habitats where direct observations cannot be performed. The species–area relationship (SAR) could provide a tool for up-scaling, but no valid method has yet been put forward. Such a method would have resulted from Storch et al.’s (2012) suggestion that there is a universal curve to which each rescaled SAR collapses, if Lazarina et al. (2013) had not shown that it does not: both arguments were supported by data analyses. Here we present an analytical model for mainland SAR and argue in favour of the latter authors. We identify 1) the variation in mean species-range size, 2) the variation in forces that drive SAR at various scales, and 3) the finite-area effect, as the reasons for the absence of collapse. Finally, we suggest a rescaling that might fix the problem. We conclude, however, that ecologists are still far from finding a practical, robust and easy-to-use solution for up-scaling species richness from SARs.